I'm tagging this New England but naming it Northeast.

It's been cold these late days in August, down to the fifties this morning, and I saw a picture of Tony S in a parka over in Maine yesterday afternoon. The night before last I wanted a woolly blanket; last night I had one. My wife even complained of the cold — no surprise (she's under-insulated), but she talked about turning on the furnace, too, which isn't her style in August.

NOAA predicts an average winter — equal chance warm/cold, equal chance wet/dry. Joel Gratz of OpenSnow points out, though, that long term forecasts aren't worth the electrons they're written in. They're all air. We had a bonanza 2014-15, a bust 2015-16, and an average 2016-17. My bones predict a decent season, though, so mark it down, and we'll check back next spring.

In resort news (http://www.newenglandskiindustry.com), Saddleback has been bought by Australians, but nothing much has happened since (@Tony S?). New lifts are going in at Sunday River, Pat's Peak, Waterville Valley, Sugarbush, and Magic Mountain, and Burke and Whaleback are getting new T-bars. Berkshire East has cut the first trail on it's north face project — they picked up a 140 acre parcel on Mt. Institute and the planning board issued unanimous approval. Cannon is widening Mittersill trails (some discussion there, I believe), and Waterville is doing a major expansion (ten trails) on Green Peak. The Balsams claims they'll finally break ground in October.

As Trish has reported elsewhere, the new owner of Mount Sunapee resort (Och-Ziff Capital Management) has been fined $412 million for a bribery scheme that violates the Foreign Corrupt Practices Act. The fine triggered a public hearing last week, set by New Hampshire's attorney general. No news yet how that might affect Sunapee's expansion plans, which the state has approved but which are controversial among environmental groups.

Lots going on. I'm not ready to scrape storage wax yet, but I've been poking around in the basement, clearing the tuning bench, speculating, and wondering when I should pick up the season pass.

There'll be plenty to talk about in a couple of months, but I figure if the thread launches early, maybe Ullr will favor us this year.
Last edited: Aug 28, 2017

Just spent a long weekend in killington and it got down to the mid 40s at night and stoke is in the air. Bartender at Garlics said it was 40 days until snowmaking. Countdown has started.

Question of the day is what is killington doing to that right of the base of superstar. 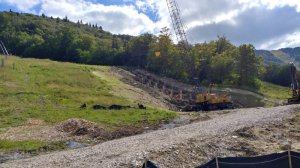 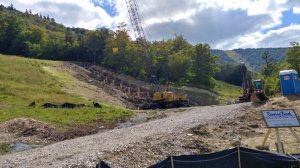 surfsnowgirl said:
Just spent a long weekend in killington and it got down to the mid 40s at night and stoke is in the air. Bartender at Garlics said it was 40 days until snowmaking. Countdown has started.

Good question. I'll check with my Killington sources, but somebody here must know. Maybe this?: http://www.killington.com/site/culture/blog/authors/jeff_temple/preparations-begin-for-killington

Aside from destroying some of my private powder stashes they are building a 4 season jump venue financed by the Killington Mountain School parents.
If my words did glow with the gold of sunshine

surfsnowgirl said:
Just spent a long weekend in killington and it got down to the mid 40s at night and stoke is in the air. Bartender at Garlics said it was 40 days until snowmaking. Countdown has started.

A Starbucks?
If you want Pugski.com stickers, contact us!​

Foundations for something. Looks like steps, but I don't think so.
Yeah, I ski like girl...try to keep up!!
Thread Starter
TS

Then that makes sense.
Yeah, I ski like girl...try to keep up!!
Thread Starter
TS

Bummer about the stashes, though. With every gain, there's loss.

Killington still has a ton of stashes...Hell, don't they have a run called "The Stash"? Want to have fun at Killington...

ski with the mountain bike trail map, it opens up a lot of the mountain
If you want Pugski.com stickers, contact us!​

Since ur talking K-ton this am..

Whenever I am at the Beast, which is often, cuz it's always a good time....I always laugh when I see that sticker.

it's been a rather cool august for philly also......here's hoping that translates into an epic winter!
a.k.a. guitar73
Thread Starter
TS

Cool summer in general — plenty of rain. Who can say?

Philpug said:
Killington still has a ton of stashes...Hell, don't they have a run called "The Stash"? Want to have fun at Killington...
Click to expand...

Oh. I thought the answer was

On the Snow came out with their (equally useless but not unpleasant) season prediction today: "Driven by ENSO (El Niño-Southern Oscillation) Neutral conditions," their meteorologist predicts "La Niña Lite" for mid-December to March, giving us normal snowfall here.

Guy in Shorts said:
they are building a 4 season jump venue financed by the Killington Mountain School parents.
Click to expand...

^^ Winner, winner, chicken dinner. They've been working on that thing all summer. Didn't know about the funding, though. Huh. K-ton also has some pretty massive mountain bike trail expansion in the works. I'm looking forward to crashing into much of it next summer.
Thread Starter
TS

Joel Gratz, a noted resister of seasonal forecasts, just released an article comparing the 2010-11 hurricane season and the current season (then and now there were three hurricanes in the Atlantic simultaneously) and suggesting that the following ski seasons could be similar as well — during the 2010-11 season, snowfall was above normal most places in the US (including the Northeast, significantly).

Joel doesn't suggest you book trips just yet, but chops-licking is acceptable, if you're inclined to that. 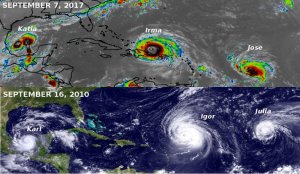 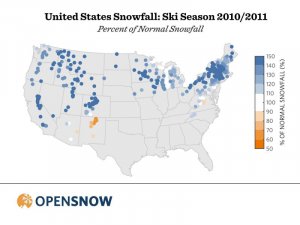