Have to agree the second pass always feel better. Don't think the snow improved. Rather the body gotten used to the abuse.

Hobacks was one of the highlights of the last gathering. Distinctly remember finding some weird funky shit there then going back for another lap. Must have been in pretty good ski shape at the time.

I am opposite of you guys. I will lap Thunder and Sublette chairs and take a groomer down at days end. I much prefer good skiing over that "good for you" kind of skiing all you Pugsters seem to crave.

Yeah, we all say we like “good for you” snow, but I remember most of us taking a pass on the Hobacks at that particular time of the day.
This space available for rent.

I'd rather be skiing

Crank said:
Hate to be "that guy" however, I'm gonna say it anyway. JH can be pretty scratchy in March. Especially the lower mountain. Gets warmish in the day and freezes up at night. Lots of south facing slopes etc. I think that The Gathering dates are even a bit late for peak JH skiing... that said, anything can happen.
Click to expand...

mdf said:
It's true, it can be scratchy in March. Maybe even icy [Western calibration]
Click to expand...

And I've learned to avoid the Hobacks from this thread. Always helpful, Pugsters.

No, not even close.
I've skied lots of refreeze out west in the spring. This stuff in the Hobacks makes spring refreeze feel like powder.
I believe a better description of it would be "Non-Newtonian Substance." The harder you hit it, the harder it hits back.

All kidding aside, the Hobacks is great when it is snowing and before the sun gets on it. The SE aspect explains a lot.

KingGrump said:
All kidding aside, the Hobacks is great when it is snowing and before the sun gets on it. The SE aspect explains a lot.
Click to expand...

Another feature is the large vertical. Conditions can be different at the entrance and the exit.

But it is still iconic, and worth skiing. I've skied them every time I've been to Jackson. (Starting for the Hobacks at 3:15 pm or so, so we actually entered somewhere around 3:30 or even later, was the first project of The Ministry of Bad Ideas with @James.)

This year will be my 5th ski trip to Jackson Hole. The previous four were all the last week of March -- when my kids had spring breaks. Every year, around the second week of March, the day-time temperature there starts to climb above freezing, sometimes even into the low 40's. That, along with the southern exposure of many of the slopes, contributes to the "non-Newtonian" snow in late March that King Grump referred to. I had a blast every one of the previous times -- notwithstanding an injury on the last one -- but I'm really looking forward to skiing there the February dates of the Gathering.

My last time there (2017), I finally skied the Hobacks. My daughter and I dropped in from the upper entrance of Rendevous. It took forever to get down, and the snow was not friendly (this was, like, March 25) -- but it was awesome! For one thing, although the trail map shows several different Hobacks trails, essentially it is all one huge side of the mountain, with a couple gullies. Also, for the whole 45 minutes (if memory serves) it took us to ski down to the lower traverse, we saw no other human beings. I'm ready to try it again.

And I've learned to avoid the Hobacks from this thread. Always helpful, Pugsters.
Click to expand...

Yeah the difference is that you have travelled a long ways from home to visit an iconic ski hill. I am a fair conditions skier and will say "cranky" stuff like, "These conditions are conditions I would have stayed home for at home."

On the plus side if you get crap conditions; you have traveled to a glorious, beautiful and yes spectacular region in the US west. You can xc in Grand Teton, go snowmobiling in Yellowstone, drive around looking for moose and elk...

Crank said:
On the plus side if you get crap conditions; you have traveled to a glorious, beautiful and yes spectacular region in the US west. You can xc in Grand Teton, go snowmobiling in Yellowstone, drive around looking for moose and elk...

I’m there for 7 possible ski days not counting night skiing option day of arrival but only have a 5 day pass. I’m planning on doing some of those things on during my stay.

The Gathering is up in the air for me and @ChunderBlunder this year. Sometime in February/March I have to execute a large project at GM Arlington to tie new systems into existing systems for a large product launch for their full size SUV line. They've been unable to give us firm dates to this point. I will likely book an inexpensive, fully refundable and with a small deposit lodging situation for us just to hold a spot if the opportunity presents itself. I've also added us to the roll call just in case. In the meantime, we are looking at attending the Taos get together for a ski week with Grump and the Gang. We will likely head into Colorado for some December/January action as well.

I had been waffling on going to the gathering but I was offered airfare to go ski wherever I want as a birthday present so I figured I can't miss the gathering this season. It's just me so I was going to just book a cheap hotel but I figured I'd post here to see if anyone has in open spot in a bigger rental first.

fatbob said:
Hobacks was one of the highlights of the last gathering. Distinctly remember finding some weird funky shit there then going back for another lap. Must have been in pretty good ski shape at the time.
Click to expand... 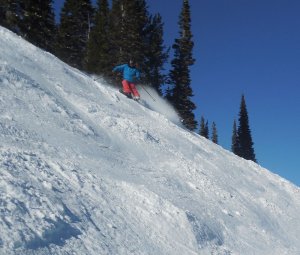 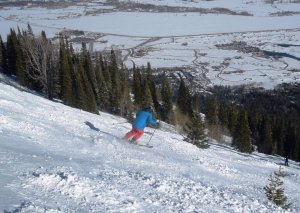 I got an AirBnB at the Aspens. Sould have extra room on a bunk bed if anyone is interested. PM for details/cost.

Are there typically group dinners during the gathering or does everyone do their own thing?
Thread Starter
TS

bushpilot said:
Are there typically group dinners during the gathering or does everyone do their own thing?
Click to expand...

Both.
This space available for rent.

Are there any "not to be missed' places?

bushpilot said:
Are there any "not to be missed' places?
Click to expand...

I'll throw out my $0.02, but this subject is worthy of a whole thread by itself. In no particular order, my faves are:

Bubba's BBQ - an icon. I have a motel room for the Gathering that I can roll out of into Bubba's in >1 minute for a reason
Teton Pines - a hidden gem
Alpenhof - please do not tell anyone else outside of Pugski how good this place is for lunch
Wort Hotel - the bar side, not the fancy schmancy side
Gun Barrel
Snake River Brewing (always a line out the door)
Hayden's Post at SnowKing
Cowboy Steakhouse (Under the Million Dollar Grill - good food, very pricey even for JH), usually just hit it for dessert

I avoid the Blue Lion, White Buffalo, and the Granary. What they refer to as "European service" is to me just plain slow. My butt gets tired before I finish eating.

bushpilot said:
Are there typically group dinners during the gathering or does everyone do their own thing?
Click to expand...

There is usually one big dinner, but lots of "hey, let's get a (manageable) group together tonight" dinners.

Also, there are usually a few people who void their condo rental agreement and throw a dinner.
The last time the Gathering was in Jackson several groups were in the mini-cabins at the Elk Country Inn and we threw a block party.

In Aspen I threw a pot-luck dinner in my condo, primed by 5 large pizzas I bought.
Thread Starter
TS

Well, Jackson is kind of “not to be missed” but that’s maybe too general a statement.

I don’t think any of us are that organized (yet?). In theory the Gathermeister team coordinates information and maybe if we’re lucky some logistics for on-mountain times/meetups, and if we’re really lucky will organize some apres, meals or events. If anyone (including yourself) wants to self-organize a “not to be missed” event, they are by all means encouraged and empowered to do so.

And, lest someone yank your chain, there is no secret password or handshake. Some people just know each other from previous Gatherings and kind of group up, that said everyone I’ve met at a Gathering has been friendly and open to welcoming newbies.
This space available for rent.
You must log in or register to reply here.
Share:
Facebook Twitter Reddit Pinterest Tumblr WhatsApp Email Link