Daron Rahlves is one of the most decorated U.S. skiers ever. His 12 World Cup wins include the Masters/Daytona 500/Super Bowl of ski racing: the Hahnenkamm. Although he has retired from World Cup competition, Daron still dabbles in racing by running his successful Banzai Tour in Tahoe; as I write this, he is in Aspen at the Audi Ajax Cup. 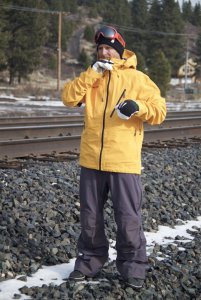 But even though Daron keeps his lace-ups close at hand, his current love is spending time in the backcountry of Tahoe and skinning up Sugar Bowl resort -- which leads us to Daron’s new partner, Flylow. D-Money is an innovator in both ski and clothing design; having spent some time with him over the past few years, I know he is all about function. This emphasis makes his connection with Flylow a perfect relationship, since Flylow was born from function. When Dan Abrams and Greg Steen were dissatisfied with the options for ski pants, they decided to design their own, and the Flylow story evolves from there. The addition of Daron to their team only makes sense. We look forward to seeing Daron's insight incorporated into Flylow's designs. 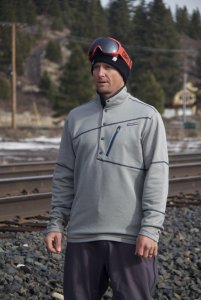 “Flylow is a cool grassroots brand with a rad team who live the dream of life in the mountains. I like their story and what they stand for and I’m fired up to be joining the Flylow team,” says Rahlves. “The gear is super high quality, durable, and it’s very well designed for me to feel at the top of my game in the mountains. I’m skiing a lot of resorts and out in the backcountry and this gear is versatile for it all.”

Rahlves had a long and illustrious ski racing career before moving onto freeskiing. A four-time Olympian, Rahlves won a dozen World Cup races, three world championship medals, seven national championship titles, and the Hahnenkamm Downhill and Super G. He later competed in skier cross, where he racked up an X Games gold medal, World Cup podiums, and an Olympic appearance.

After ski racing, Rahlves transitioned to big-mountain skiing. He has slashed huge lines in Alaska and made standout appearances in films from Teton Gravity Research, Sweetgrass Productions, and Warren Miller Entertainment.

In 2011, Rahlves launched the Banzai Tour, a ski and snowboard competition around various Tahoe resorts that blends skier cross with big-mountain riding as four athletes charge down the mountain simultaneously, around gates and over rugged and steep terrain. Flylow is also coming on board as a sponsor of the Banzai Tour. This year’s sixth season of the Rahlves’ Banzai Tour will take place at Kirkwood February 27-28 and Sugar Bowl on March 5-6. “Banzai competitors are tough everyday athletes up for a challenge. That grit fits with Flylow as their gear is made to do just that,” says Rahlves.

Rahlves lives in Truckee, California, and Flylow now has a design office nearby, at the base of Alpine Meadows Road. “At Flylow, we make durable freeride apparel for the modern skier,” says Flylow co-founder and president Dan Abrams. “Our gear is built for being out all day in the mountains. So it’s a natural choice for a skier like Daron who pushes his gear to the max and needs outerwear that’ll last as long as he does.”

Flylow has been making backcountry freeride ski apparel and accessories since 2005. The company, started by co-founders Greg Steen and Dan Abrams, was formed in the Rocky Mountains and now operates out of both Denver and Tahoe. For more information, go to www.flylowgear.com.
Share:
Facebook Twitter Reddit Pinterest Tumblr WhatsApp Email Link