Might as well start a new thread for a new season. Go Blackhawks!

Thought this was funny though.

Well, the Pens beat the Caps last wednesday 7-6 in OT then lost to good looking Haps team, what was it, 5-1? Murray is out with a concussion but sure looked leaky albeit with a poor defense in front. A defense so bad that Matta might be a healthy scratch tonight and a rookie blue liner, whose name I can't recall and couldn't pronounce anyways, will move up to the 1st line pairing. Only 2 games but still gives me pause to worry about the D and Murray going forward. Murray has not looked sharp, weak high glove side. I still think that Fleury is the better goalie. Matt did win 2 cups but he didn't do it alone. Murray came in late in the first year of back to back and was out early through the beginning of the playoffs in the second year.

Highlight of the season, Tom Hanks was in the house during the Caps game. He is in town filming a Mr. Rogers pic. The scoreboard showed a clip of Tom in Castaway lamenting the loss of his volleyball buddy....Wilson!!! Wilson!!!

20 games is a good start for the very skilled goon. This master of cheap shots took out Oskar Sundqvist with a blindside hit to the head in a preseason game! The guy is worse than Matt Cooke. At least Cooke began to clean up his game towards the end of his time with the Pens. We will see if the loss of over a million bucks will change the hitman.

Game has changed..Wilson is not playing nice... That's gonna hurt but he's not a quick-learner.

Lafs finally look decent. Tough D still..but scoring huge. I've given up cable TV so I won't get to watch many games. More time for me to actually play maybe..

Oh nice... a thread the Pittsburgh fans can take over and make all about them. 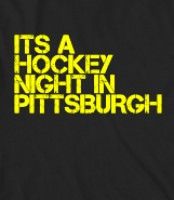 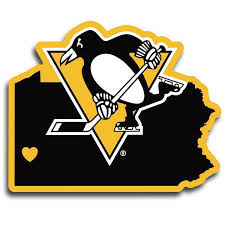 And this... just because it made me snicker... 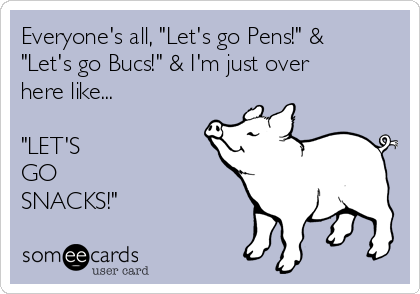 hmm. Do I report for spam.

No cable, but I do have youtube tv. Plus reddit shows all the free streams. College hockey starts this weekend too, so lots of hockey to watch.
Thread Starter
TS

Not sure how the Blackhawks blew that one. That really sucked.

No cable here but I subscribe to NHL Game Center so I can watch... The PENGUINS!

Shawn C. said:
No cable here but I subscribe to NHL Game Center so I can watch... The PENGUINS!

How about that OT goal from Sid the kid the other night!?!? Left the goalie stunned

I go with a sling box hooked up to a cable box in a spare beadroom at my parents house in da Burg. Slings through the I pad to my Apple TV. Get all the pens games and steeler games along with Pittsburgh cable chanels. Kind of funny to sit here in Tahoe and watch local commercials from #1 Cochren and Attorney Edgar Schneider
Last edited: Oct 27, 2018

Ha!!! My wife and I make Edgar Snyder jokes! She is a Utahn and still marvels at Bob Errey’s unique mix of Canadian and Pittsburghese, “Aboot, n’at.”
On the Pittsburgh feed we used to get all of the Pittsburgh ads while watching hockey but no longer. I miss them but still get to marvel at Sid and that’s what’s important. The OT goal in EDM was so sick.
“The snow packs as the skier tracks, and people forget”

The Pens are looking like the Pens. The 'Burgh needs a boost right now.

LaurelHillCraze said:
The Pens are looking like the Pens. The 'Burgh needs a boost right now.
Click to expand...

Malkin is the most unnoticed superstar in sports.. The guy is money.

scott43 said:
Malkin is the most unnoticed superstar in sports.. The guy is money.
Click to expand...

Malkin has been on fire and Crosby finally lite it up too. Kessel has been great and Letang looks like he is back too. Murray found his old form. The season is very young and the Pens are playing well. Back east again to see the Islanders and the Caps with the Leafs sandwiched in. Lets see if they can keep it rolling.

Eric267 said:
How about that OT goal from Sid the kid the other night!?!?
Click to expand...

Pens might do really well this year if they can start beating the lousy teams. 2 points total in 4 games vs. MTL and NYI isn’t optimal.
Mc David had a nice goal the other night where he blew by Suter. No way a guy that big should have that burst and speed.
“The snow packs as the skier tracks, and people forget”

LaurelHillCraze said:
...Lets see if they can keep it rolling.
Click to expand...

The last 4 games answered that. Who are those guys and what have they done to the Pens?

Bill Talbot said:
So what's up in Vegas???
Click to expand...

Crashing back to Earth...

scott43 said:
Crashing back to Earth...
Click to expand...

I'll say! I guess there is only so much adrenaline, so much momentum,
Classic really.
Thread Starter
TS

Blackhawks fired Quenneville fired yesterday and missed the Kings have a new coach too.

Time for the Hawks to get better.

Bill Talbot said:
I'll say! I guess there is only so much adrenaline, so much momentum,
Classic really.
Click to expand...

Yeah exactly. I mean, they got there last year.. But..confidence and momentum in hockey are funny things. They lost Neal..Karlsson played out of his mind..there's the hangover effect from going to the final..lots of stuff. I think they're still a decent team with a good coach, just maybe a bit of a letdown and reversion to the mean to happen.
You must log in or register to reply here.
Share:
Facebook Twitter Reddit Pinterest Tumblr WhatsApp Email Link