Skis are the World Cup iSpeed model using the EVO FreeFlex system instead of the full race plate.

Skis can be picked up in Breckenridge or shipped to your location. Actual shipping cost to be paid by buyer.

Last I looked the price at $575 WITH BINDINGS including mount for this excellent set of skis is well below current retail.

Cash or Paypal only please.

Donation to Pugski of $25 will be made upon sale. 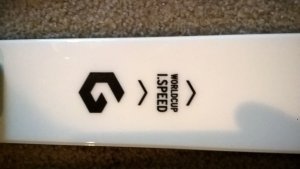 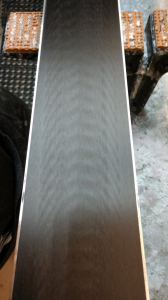 Price dropped to $525 which includes bindings, mount, and Pugski donation.

Very nice setup for those looking for that length.
Thread Starter
TS

James said:
Very nice setup for those looking for that length.
Click to expand...

What is the use case for these skis? If I can find a good reason I just may keep them. The original idea was they'd be the hard snow ski to complement my pair of mid-fats. I also thought they'd be useful for running GS races in the Midwest for me at 5'7" and 150 pounds. The length was my biggest reservation for my own use but I was sure they'd be great at gripping ice and carving GS and tighter turns.

After I bought these I upgraded my plans to include some races in Colorado. Then @ScotsSkier sold me a pair of 189/30m FIS W skis and the reason to have the Head iSpeeds fell apart.

Who are they good for?

For myself I think the GS race/rec slot is filled. Even though the FIS skis are 30m it's no problem getting them tighter than that and I love skiing them. If the 17m Head WCR iSpeed are just as flexible then I'd guess they can be bent down to slalom turns. Would fill a need but not a good enough reason for me to keep them though.

If they aren't good for me then what type skier would these fit? Thoughts are:
These make sense? What other skier types also make sense?

Have you run any gates with both the WC Rebels and the FIS's for a time comparison in NASTAR-type courses?

They're definitely good for you at 5'7,150 lbs and midwest skiing. It's like they were made for you. Give them a go!
A 188/30m doesn't really replace these. Use these for a daily ripper and perhaps beer league/nastar.

My guess is that the masters skiing a women’s FIS GS ski, the 188/30 are generally skiing FIS course sets, and if skiing the skis well, have some skill. Think @ScotsSkier, who races at the National level and coaches two masters programs. He knows his stuff.

I actually bought my first pair of 180cm I.speeds from him. He was selling them for a friend, who he coached. This guy had bought them as a masters GS ski. Mistake. SS had warned him that he would be double turning and hooking up. This was NOT beer league or NASTAR racing.

I am on my fourth pair. I still have pair one as rock skis. I bought them to free ski. My race days ended long ago. But I ski with today’s race technique in a plug boot. My home hill is where this year’s US speed Nationals will be held again. We tend to ski steep buffed terrain.

I can bend the ski into a smaller shape if I want. My latest two are I.speed pros with race plates and bindings. For me....I love these skis. In the East, I ski 80% plus of my days on them.

I have been gifted a 193/30 GS, and a 194{topsheet says 191}/29 Skier Cross. Both real deal WC stock. They are very different, but both like a lot of room, both were purpose built for one purpose. I only ski them midweek when nobody is on the hill.

By contrast I find the i.speeds to a great free ski. Despite the layup, with their size and dimensions, not a race ski. I DO think they would be a great beer league weapon.

I also think the 180cm skis “better” in the ski than the skis either side of it size wise, depending on pilot size. Have heard that expressed by more than a few. But at the OP’s size, the 175 might just be a perfect ski for him in the Midwest. I’d keep it and try it, myself.

NE1 said:
Have you run any gates with both the WC Rebels and the FIS's for a time comparison in NASTAR-type courses?
Click to expand...

No I have never run them. They are unskied. I'd think the flatter the course and the closer the gates would be where the Rebels might have an advantage over the longer FIS. But no real world tests to this point.


Muleski said:
This guy had bought them as a masters GS ski. Mistake. SS had warned him that he would be double turning and hooking up. This was NOT beer league or NASTAR racing.
Click to expand...

I had read that advice in multiple threads but went ahead and bought the skis because 1) at that time @ScotsSkier hadn't posted his latest sale and 2) thought they'd be good for midwest/nastar as mentioned by James.


James said:
They're definitely good for you at 5'7,150 lbs and midwest skiing. It's like they were made for you. Give them a go!
A 188/30m doesn't really replace these. Use these for a daily ripper and perhaps beer league/nastar.
Click to expand...

That's the rationale that got them bought in the first place. Just a question of resource ($) allocation. With more resources they wouldn't be for sale. Makes it easy to stay firm on price below a certain point though because I am sure I will like them if I keep them for myself.

Also wondering if they might be a good ski for one of my young adult daughters to ski. They are smaller and lighter by several inches and tens of pounds. Not experts yet though so this ski may be too much. Not sure on that point.

Thanks to all for the input!
C

I hate it when something like this pops up after I already bought new skis this year. They look great for what @Muleski said they would be great for a daily driver in New England.

Open to trades, I bet she could use these.
Thread Starter
TS

Open to trades, I bet she could use these.
Click to expand...

Was hoping to sell them outright but I'd entertain a trade. Still uncertain on what else I need for this season though so if you're interested let's touch base in a week or two.
Thread Starter
TS

The Head World Cup Rebels iSpeed Skis (2018) are no longer for sale. I've decided to keep them and use them myself. Thanks to all who commented and helped with the decision. Also thanks to @Doug Briggs for going beyond the call of duty to help me try to get these sold.

Just following up to see how the these worked out for you, skix. I find myself in a similar situation (5’8, 170; looking for a beer league ski, etc.). Are you happy with your decision? Thanks
Thread Starter
TS

psygars said:
Just following up to see how the these worked out for you, skix. I find myself in a similar situation (5’8, 170; looking for a beer league ski, etc.). Are you happy with your decision? Thanks
Click to expand...

Short answer is that I like the Head WCR iSpeed 175cm skis and think they are a good fit for my height/weight/skills. Bit longer answer would bring in uncertainty if I should have gone longer. For you I'd point to the opinions of others on this forum that the 180 length in particular is well-regarded. You're heavier than me so I'd say take that advice and get the longer length if you buy a pair.

I have a total of 8 days on the skis. Points of comparison for me are that during this season I've also been on 103cm Atomic Rituals and 193cm Rossignol FIS W GS skis at the same places. You probably won't be surprised that for soft snow the mid-fats are better than the Rebels and that on ice I prefer the FIS GS. The difference in edge hold as compared to the FIS isn't the difference I noticed though. It was the softer flex of the FIS that I liked better. But the Heads have no apologies to make. Give them to Ted Ligety and he could use them to carve turns I only aspire to make. Point being the skis being good enough is unlikely to be a problem for many people including me.

I've had them out at the following three ski areas:

ABasin
I've skied the Head WCR iSpeeds a total of 6 days at ABasin. The scale of how good they are on day varies inversely with the depth of fresh snow. They rock on hard groomers but I managed to sink them when I chased my daughter into a flat section of untouched powder. The groomers at ABasin were another reason I felt I needed a ski like the iSpeed. Trying to get down the groomers on dull 103mm skis while dodging other skiers is ... tedious. But I've had a blast on the Heads at ABasin when conditions are hard or trails crowded. I can hook them up and arc where I want instead of having to skid/brake all the time like with the mid-fats.

Cooper
The only day I skied these at Cooper there was fresh snow on top of fresh snow. Awesome day with the family but compared to the 103mm Atomic Rituals I'd had for a powder day at Cooper earlier in the season these skinny skis were alot of work. Usable for sure but not the conditions for which they were designed to shine.

Perfect North
I'd have a hard time finding a better ski for typical conditions at this small hill in southeastern Indiana. The surface is usually hard and trails are short. The day we were there I was able to carve at will on the Head WCR iSpeeds. The mid-fats were left unwanted in the car.
Thread Starter
TS

Hey just noticed it was your first post. Welcome!

Many thanks for the welcome and your helpful response, skix. I haven’t been able to demo these and was also wondering about the length. I did have a chance to get some time on the Redster G9s in 177, which seemed just right - so I’m kind of uncertain about the Rebels... Thanks so much again.
You must log in or register to reply here.
Share:
Facebook Twitter Reddit Pinterest Tumblr WhatsApp Email Link