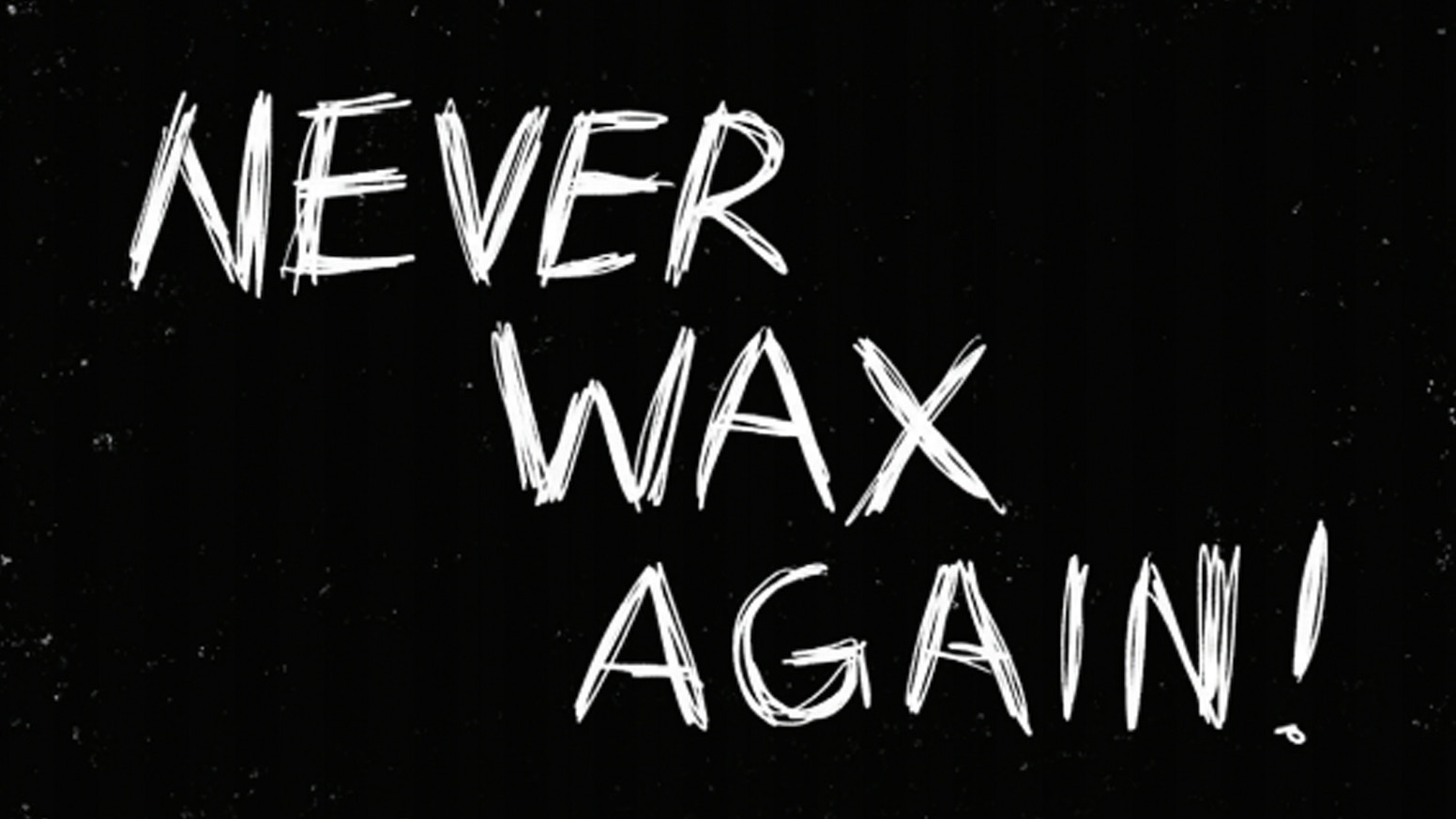 Never wax again? It's a strong claim, for sure. I am not sure about “never,” especially for all skiers, but for some, it is viable. The closest thing I can equate to DPS's Phantom Permanent Base Glide Treatment (PBGT) is that it is like using synthetic oil in your car and being able to go 10,000 miles between oil changes instead of 3,000. Phantom could be that type of advancement, synthetic oil for your skis.
​ 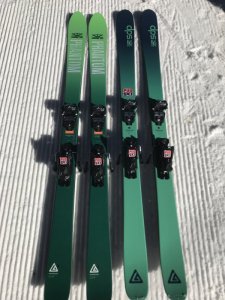 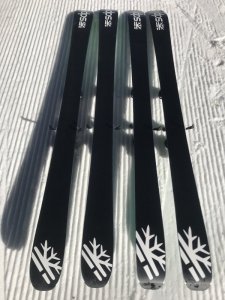 ​
We received two pairs of Foundation Cassiar 95s prepped with Phantom, a 168 and a 185. This worked out well because we currently have the new versions of these skis to test so we can do straight-up, head-to-head comparisons. The 168 was previously treated and had a few days' head start over the 185, which is good. The 185 had the treatment applied just before it was shipped and was fresh to the touch. To compare the 185, I brought out a pair of the new version that was waxed and buffed with Holmenkol Red, the ideal choice for the current Tahoe conditions. DPS contends that one of Phantom's attributes is that it will save time in getting skis to the slopes. I prepped the skis by crayoning the wax, ironing it on, using fiberlene to absorb it, then rotobrushing -- a process that takes about 20 minutes from start to cleanup. Twenty minutes might not seem like a lot, but when you have multiple pairs of skis that need attention thoughout the season, it adds up. The application is not inexpensive, but neither is time.

For those who love to live on the tuning bench, no, Phantom PBGT might not be for you. For traditionalists and for racers, the same thing can be said. Just click on to the next page. But for most skiers, and people who ski, Phantom is a viable alternative to waxing -- something that a high percentage of skiers view as more of a chore than a performance enhancement. When working on the retail wall, it is not uncommon to hear a customer ask why skis even have to be waxed, even at high-end shops.
​ Initial impressions: Conditions at Mt Rose were a mix of abrasive manmade, fresh, and wind buff; temps were mid-30s. @Andy Mink and I took out the two pairs, one with regular wax and the other with Phantom. Andy started on the regular Holmenkol-prepped ski, which initially was smooth and glided effortlessly, and I was on the ski treated with Phantom. The Phantom ski felt a little slow at first, but just for one run. After a run, it ran as smoothly as the regularly waxed ski. After a few more runs, Andy and I switched. I found no difference between the traditional waxing and the Phantom.
​ Days 2-5: We skied a combination of Mt Rose and Squaw Valley in old snow conditions. We have been getting the Phantom ski out every day just to get some miles on the wax to see how it glides, and there have been no surprises, either positively or negatively. In the meantime, I waxed the other ski, and it glides like the Phantom again.

Andy will be spending some more days on the ski(s), as will @Alexzn, who has them as I type. Alex will test them at Squaw, where the snow has been degrading a bit. @Tricia will report on the two smaller skis.

After I get another five or 10 days on the skis, I will bring them to @smoothrides to have them ground. DPS claims that stone grinding a Phantom-treated ski actually rejuvenates the glide so that it is even better than the initial application. This happens because Phantom actually penetrates into the base, whereas traditional waxes stay on top. DPS isn’t saying to stone grind for the sake of stone grinding, only as needed, just like you do now.

This will be an ongoing review from numerous members in varied conditions and regions. If anyone was involved with DPS’s Kickstarter Launch, we would love to hear from you; please post your reviews and experiences in this thread.​
If you want Pugski.com stickers, contact us!​
H

Outside of feel, any objective testing performed?

Although one can argue just feeling slick is good enough, I’m just curious to any real data.
Thread Starter
TS

hbear said:
Outside of feel, any objective testing performed?

Although one can argue just feeling slick is good enough, I’m just curious to any real data.
Click to expand...

Real data? I am sure DPS has some, but I am going by on snow feel and glide.
If you want Pugski.com stickers, contact us!​

Location
Tip of the Mitt

It sounds like this treatment could really make life easier for many skiers.
The chemistry and physics behind it are an open question but that is no reason to not have an open mind.
I'm listening......
H

Philpug said:
Real data? I am sure DPS has some, but I am going by on snow feel and glide.
Click to expand...

Not saying it’s not important. But I can finish a ski with a cold HC wax in moderately cold temps and it’ll feel slick.....but not the quickest.

Curious how it will perform in cold snow and warm, spring snow.
Spoiled Utah skier-Snowbasin is my home!
Thread Starter
TS

AmyPJ said:
Curious how it will perform in cold snow and warm, spring snow.
Click to expand...

Warm spring snow is my litmus test.
If you want Pugski.com stickers, contact us!​

Hopefully it'll be 3 or so months before you find out, then...
Spoiled Utah skier-Snowbasin is my home!

Until those data points are in, I’ll remain skeptical.

Any subjective testing not done "blind", is without merit.

Thanks For testing this and posting it Phil.

@Philpug - have you tested waxing a Phantom treated ski? Will that happen at any point?

I'm curious how this claim stands up:

What product should I use to remove existing wax before applying Phantom?

I remember @SlideWright 's son did a science fair project objectively testing ski wax effect on glide. He's probably about 30 by now, but maybe he could help us out.
Thread Starter
TS

Magi said:
Thanks For testing this and posting it Phil.

@Philpug - have you tested waxing a Phantom treated ski? Will that happen at any point?

I'm curious how this claim stands up:
Click to expand...

The ski that has PHANTOM on it is a treated ski. Philpug said:
The ski that has PHANTOM on it is a treated ski.
Click to expand...

That ski has Phantom + wax? I read the original post to mean you waxed only the UN-treated skis, not all the pairs.
Thread Starter
TS

Magi said:
That ski has Phantom + wax? I read the original post to mean you waxed only the UN-treated skis, not all the pairs.
Click to expand...

The Phantom labled ski was treated.
If you want Pugski.com stickers, contact us!​

I think he wants to know if you are going to put additional wax on the Phantom ski.
Thread Starter
TS

Ahhhh...Phantom PLUS wax. No, I have not yet. We have about 10 days on these, that is the next test to see how that reacts, we will wax then ski for 2-3 days (I will put @Andy Mink right on that testing process) then after that, we will do a stone grind, which the skis might need anyway after this dry Tahoe December, then ski again.
If you want Pugski.com stickers, contact us!​

We All Have The Truth

Location
Avalon - On The Way to Cape May

Philpug said:
Real data? I am sure DPS has some, but I am going by on snow feel and glide.
Click to expand...

Facts and Data never get in the way of a good internet discussion! Outside of racing, any on-snow demo depends on feel and glide.
We All Have The Truth

Living Proof said:
Outside of racing, any on-snow demo depends on feel and glide.
Click to expand...

Even that is deceptive and very much depends on skier style - for slower skiers better 'feel' generally devolves to sensing a lower breakaway speed , i.e. a lower speed at which the ski breaks out of static friction regimes. You can feel this in the lift line. This is dependent on wax choice more than quantity. Faster skiers open up another regime, glide at speed, and this is more dependent on how much wax the ski was impregnated with; it is less sensitive to exact wax choice. Then of course, there is top glide speed...which will vary run by run as the wax job wears.

Think of it in car terms A) speed off the line B) passing speed C) top speed.

One can trivially do a wax job that is great for criterion A if one knows the snow temp. Yes, even at super cold temps. Chances are it will be mediocre at Criterion B and absolutely horrible at C.