For example, in New England we have:

Those three really threw me for a loop when I first moved to the Boston area from the mid-Atlantic.

First time I went to a local ice-cream place... the attendant had made my ice cream cone and asked "Do you want jimmies?". I'm thinking "why would I want Jimmy's ice cream?" so I thought the question was a bit weird but politely said "no thanks, but can you put chocolate sprinkles on please?" to which I received a snarky reply of "then why did you say 'no' to jimmies???".

I left that transaction very confused...

For example, in New England we have:

On Long Island, that's a Hero.

Wizz wizz...
Go that way really REALLY fast. If something gets in your way, TURN!​

Large scamotz is what my dad would say when he was ordering a pizza. I grew up in southwestern CT.

Those are my new England ones at the moment.

Pop when I lived in Minnesota.

Spent 15 years in Socal so will have to put that had on.
Find me on facebook and instagram
https://www.facebook.com/surfsnowgirl
https://www.instagram.com/surfersnowgirl/

What kind of coke do you want?
I’ll have an orange coke.
Life is too short to drink bad coffee. Or bourbon.

Yep. I grew up with “coke” being a generic term. Telling a waitress you wanted a coke was like asking for beer; they’re supposed to answer with the varieties they offer (Pepsi, sprite, etc)

When I moved here I discovered that asking for coke got you a coke. Very confusing. 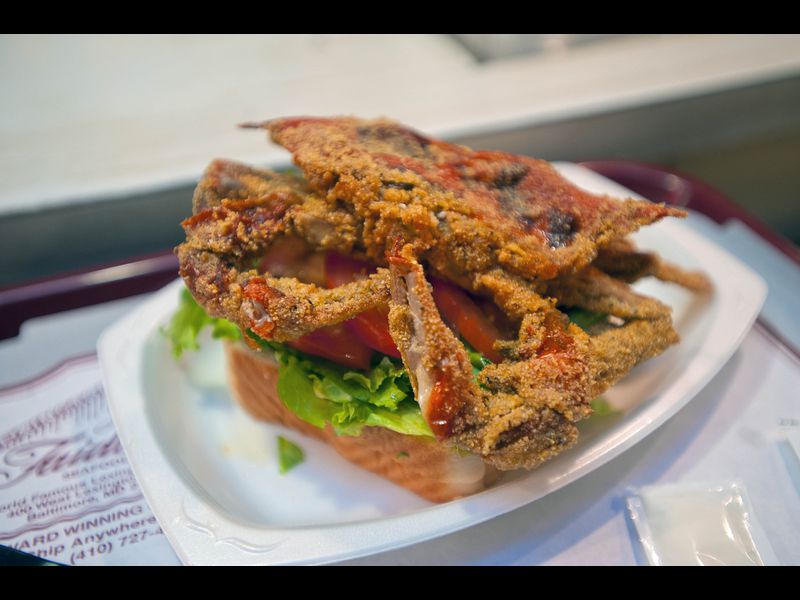 I expected you to mention that 'dressing' = "turkey fixin's"

Is that another term for a peeler bar?

Jenny said:
Is that another term for a peeler bar?
Click to expand...

Ummm. I refuse to answer on the grounds that it may tend to incriminate me.

cantunamunch said:
I expected you to mention that 'dressing' = "turkey fixin's"
Click to expand...

steamers
"I have a confusion to make ..."

DC:
The only one i can think of here is "half- smoke", which is a local smoked sausage served like a hotdog

Those are my new England ones at the moment.

Pop when I lived in Minnesota.
Click to expand...

Another New England one that seems to be dying out ... the corner store is a spa.
It is pop in Ohio too.

KevinF said:
Those three really threw me for a loop when I first moved to the Boston area from the mid-Atlantic.
Click to expand...

When I first came to Boston I ordered a milkshake and that's what I got --- milk, a squirt of chocolate syrup, put a lid on and shake it, pour it in a glass.

For awhile there was a Swensen's in Faneuil Hall -- that is a California ice cream parlor chain. So we had the reverse problem, when customers wondered why they didn't sell frappes.
Last edited: Nov 7, 2019
You must log in or register to reply here.
Share:
Facebook Twitter Reddit Pinterest Tumblr WhatsApp Email Link