Is skiing doomed as we know it in the NE

Status
Not open for further replies. 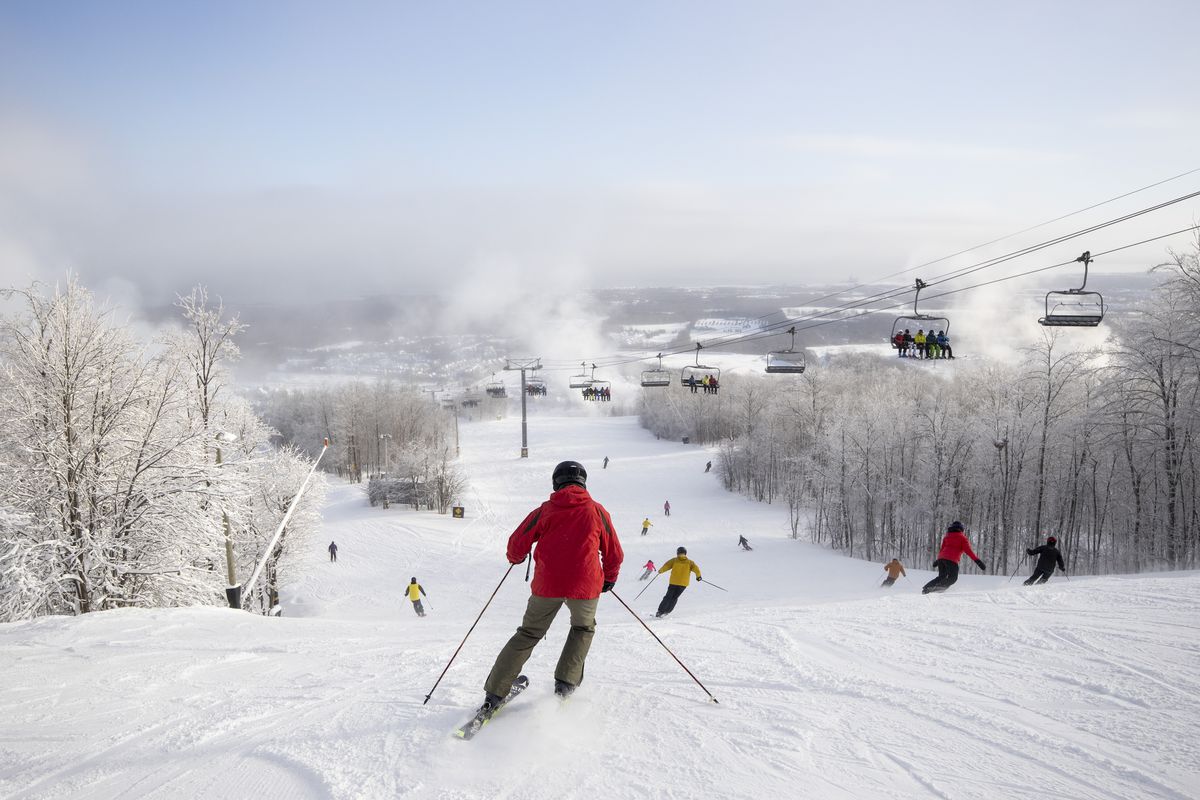 This article in the Globe this morning spotlights volatile weather patterns and ski resorts economic viability with uncertain weather.

This is why the multi-resort passes and their big conglomerates are spreading across the country.
Somewhere on their pass has good snow. Book your flight and go there!
Point your skis where you want to go.
If that doesn't work, go where they're pointed.
Bob Barnes
​

In the NE, there is always a January thaw. Some years, it's not bad. Other years ...

There is always a Chicken Little in every bunch.
Just go out and make some turns.

What do I know; I'm just some guy on the internet.

KG's point about January thaws notwithstanding, this is a significant issue, even if it does represent the epitome of a 1st world problem. The 2010's were the warmest decade on record, and there's a preponderance of evidence that the trend will only accelerate. It's true the earth has experienced massive upsets in its environment over its long existence, but I have often thought I'm glad I'm 65 and will only experience a small piece of this one.
Sad.
It is better to go skiing and think of God than go to church and think of skiing -- Fridtjof Nansen

Long before there was Global Warming, I came to the conclusion that skiing in Ontario compared to skiing in western Canada was like two different sports.
To view a map of Sun Peaks Resort, click on my Location in my signature.
Unofficial Guide to Sun Peaks:https://www.pugski.com/threads/unofficial-guide-sun-peaks-bc.4760/
Sun Peaks website:https://www.sunpeaksresort.com/explore/sun-peaks-in-winter

Global warming may be making the weather worse for NE skiing, but it was never good.

We could point out some awful winters, going back in time. We had one in the early 70’s that was bone dry, or rain. Sandwiched between two good winters.
One of first winters, owning a ski house is Stowe in the mid 80’s was terrible at Christmas, New Years. Rain and more rain. Grass and rocks. We had rented the house and they asked for a full refund, which did not happen. Did not ski one day.
We have had early seasons {think before Feb 1st} at Sugarloaf that have been really lean. Horrible combinations of weather including warm, rain, little snow, huge temperature swings.
And generally things get a lot better, February into March.

If I had to make NE ski plans that were not season long, they would be to head far North. After President’s week vacation. Then through Easter. That’s been reasonably great...occasional rainy days to ski, or not.

It’s been that way long before global warming became a focus.

One bit of advice, in considering either season long leases, or owning. I would head as far north as you can tolerate in terms of a drive. Seems to make a bigger difference these days.

It’s not like the Rockies, for sure. Then again the Rockies are not like where we live in the summer. Not giving up the ocean.

And...for you younger folks...think about this back when snowmaking was a fairly rare thing. Only a few trails. Rarely used. “Snow” not that great. And when’s groomer wasa Tucker Snow Cat dragging a section of chain link fence.

The good old days were a lot of fun, and the skiing was not always that great! Today’s technology helps.

If I were doing this again, unless we were making decisions based on race programs and ski academies, as we did, I am not sure that we would buy a ski home and lock into one ski area, or general geographic area. I suspect that our kids would be playing a lot of hooky from school and that we would be on a plane a number of times a year.

Or...we’d be NORTH, with some elevation, again.

No fun to think about.

mdf said:
Global warming may be making the weather worse for NE skiing, but it was never good.
Click to expand...

Yeah I was thinking humm, I went skiing in Vt for a few xmas vacations in the 80's and there was always ice, powder over ice and some days with rain. And those were good snow years...
Current Quiver: Black Crows Nocta 185cm (122mm wide), Black Crows Navis Freebird 185cm (102mm wide, Dynafit Bindings), Head Monster 88 184cm

Yeah bases are getting beat up this season for sure

I forget now, is it cooling or warming this week??? No matter, whichever one it is this week will be different next week.
New England actually mean 'land of uncertain weather', embrace it .
There's always something to do!

At least you folks can sometimes ski happily within near hours driving distance when it does snow or is cold enough for artificial snow guns unlike those in Florida, Texas, or Honolulu. Maybe some day, some resorts in the Northeast will build open structures with movable ceilings above a few of their runs to let the good in and keep the bad out, as in cold day air and fresh natural snow in and rain and warm day temperatures out, that would be far less expensive than indoor ski resorts since in winter average temps are often so cold. And they could illuminate slopes when a ceiling is closed with lighting.
Last edited: Jan 18, 2020
5' 6" 132# ... 168cm Twisters ... 165cm Santa Ana 88 ... 155cm The Ski ... 173cm S7's ... RS110 SC
Thread Starter
TS

I think the main gist of the article was if the resorts can't stay open for 100 days a year minimum, the revenue isn't enough to stay in business. 1 season of losses they may be able to cope with , but 2 seasons , they may be forced to close
S

I bought a mountain in Yukon Territory.... #doomsdayskidestination

^^^ lift prices will just have to go up, or costs need to go down, or maintenance gets reduced, or they go private. Collingwood, Ontario, has several private slopes, which cost more than joining a typical high-end golf club in Ontario.

As has been pointed out by several people, the NE has always had inconsistent winter weather, but climate change is making it significantly more volatile. It was 70 degrees in Boston on the 11th. The previous January record was 62.

I don't necessarily believe that this change means the end of NE skiing though. Some resorts will certainly close, but those that can adapt will be ok. Successful resorts will have to find a way to shift between their warm and cold weather activities literally overnight to take advantage of whatever nature brings. There will still be some great winters, the extreme nature of the volatility will mean there may even be some amazing winters now and then.

tch said:
even if it does represent the epitome of a 1st world problem.
Click to expand...


SSSdave said:
Maybe some day, some resorts in the Northeast will build open structures with movable ceilings above a few of their runs to let the good in and keep the bad out
Click to expand...

That would be amazing!

Weather swings: temps, wind, precipitation have been pretty severe this fall and winter to be sure. Very odd.
R

Here in SW Pa. I have zero confidence we are going to return to a winter pattern where we have a decent degree of consistent winter weather.
I believe we are experiencing a distinct moderation in our weather. Very disappointing.

Roundturns said:
Here in SW Pa. I have zero confidence we are going to return to a winter pattern where we have a decent degree of consistent winter weather.
I believe we are experiencing a distinct moderation in our weather. Very disappointing.
Click to expand...

And you hold this belief WHY? Your lifetime of experience? Not much of a sample in my opinion.

Status
Not open for further replies.