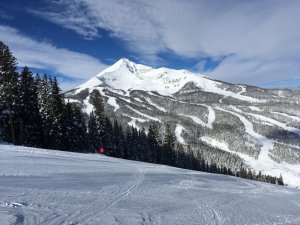 No skiing this year but hoping to next year.
Some pics from snowmobiling in Yellowstone National Park. 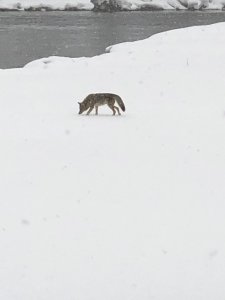 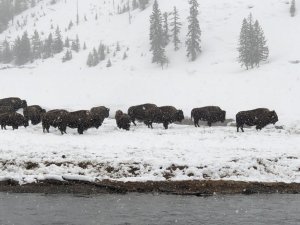 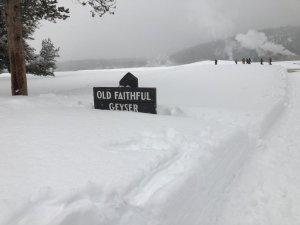 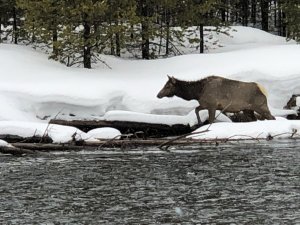 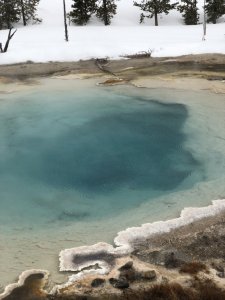 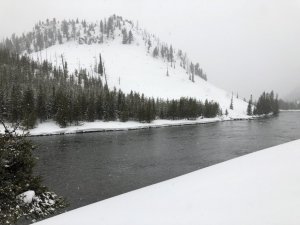 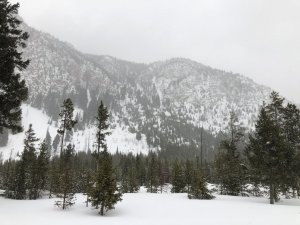 Seeing Yellowstone in the winter by snowmobile is an amazing trip. If you are at Big Sky it is well worth a day off of skiing. 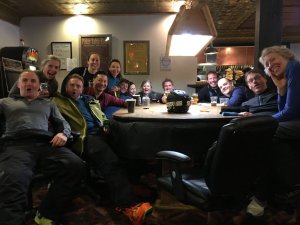 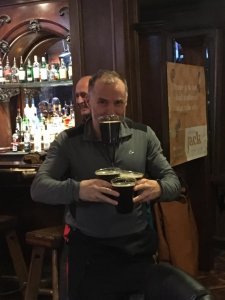 The Canadians are drinking again...

Txs Pugski for a great week! 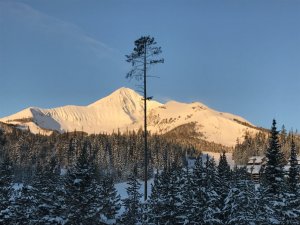 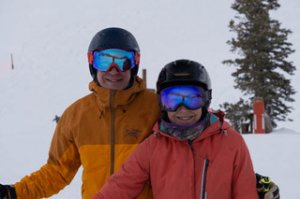 Life is too short to drink bad coffee. Or bourbon.

Someone left a purple vest, baselayer, and socks in the meeting room. I have it and will bring it back in the morning . 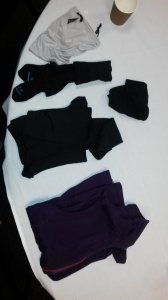 Txs Pugski for a great week!
Click to expand...

Notice that technique!!
Yeah, I ski like girl...try to keep up!!

A few photos from the past couple days…

@MattSmith and friend on Middle Road after a run down Paradise with perfect powdery bumps. 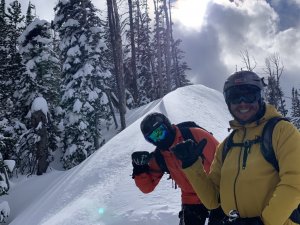 View of the Yellowstone Club from Dakota area. 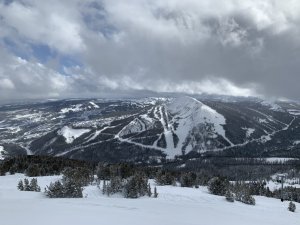 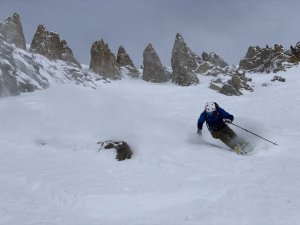 View of Lone Peak from the hike above Challenger. 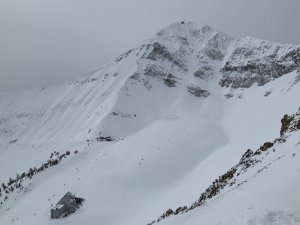 @Vince and interlopers waiting for patrol to open the second gate (above Jack Creek?). 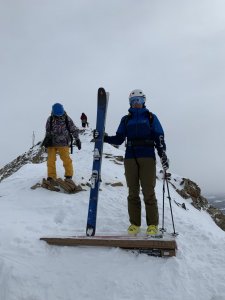 @Vince and @MattSmith at the entrance to what I think is Class 5, above Lone Tree. 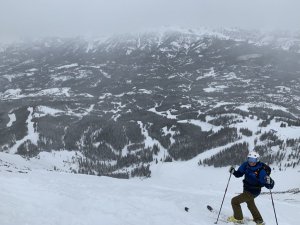 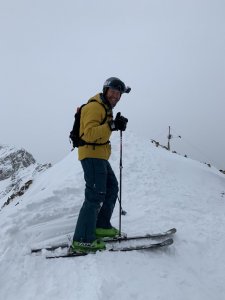 Finally made it up to the peak today. Went in for a late lunch and a bunch of people with peak ambitions started to gather in the meeting room. So we headed up. I'll probably forget a few, but @Vince @Unpiste Scott Tommy (handles?) @MattSmith Matt's friend,. On the way, we ran into @Tony who joined us.

Arrived at the Tram at just about 2:30. The visibility was starting to deteriorate, but slowly. We could still see the peak from the line. It was good of the people in the A-Z Chutes to provide a show to keep us entertained in line.

We waited just about 30 minutes. Unpiste, Vince, and I got on one tram and the rest got on the next. While we were waiting I took a couple photos and tightend my boots, Unpiste went into Patrol and asked about Big Couloir sign in processes, and VInce looked around. 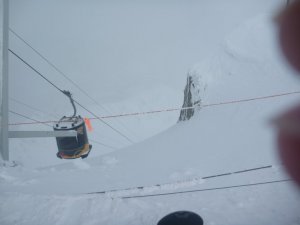 Vince looking over the edge. 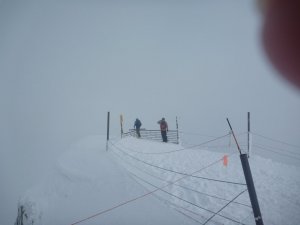 People have said that the top was disorienting and poorly marked, but that is no longer true. They have guide ropes up and signs where the direction to Liberty and to everything else splits.

Random people by the exit from the summit. 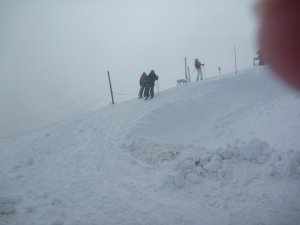 Once everyone else arrived we went to Marx and skied that. I was nervous at first and made some bad serpentine turns. Then i realized it was actually very easy and I was wasting vertical, so I started linking turns closer to the fall line. Very fun.

One thing that struck me was how short the face was from the top. A lot less than it looked from the bottom. I was just getting my rhythm and we were at the bottom.

If the line is not too horrendous I will go back again tomorrow.
Thread Starter
TS

We still have the Cheyenne Room for Saturday.
Who is still around?
Point your skis where you want to go.
If that doesn't work, go where they're pointed.
Bob Barnes
​

Tricia said:
We still have the Cheyenne Room for Saturday.
Who is still around?
Click to expand...

Kolette and I will be there. See everyone in the morning.

I'm headed out Saturday morning. Looks like it's clear through West Yellowstone and Teton Pass is open. Great conditions all week. With my own large posse, I didn't get to ski with Pugskiers much. Thanks again to Gary for the great Lodge deal. Can't wait for the Jackson Hole party next year.

We'll be around.
Thread Starter
TS

Txs Pugski for a great week!
Click to expand...

That looks like a whole lotta fun and a whole lotta trouble, eh.
Point your skis where you want to go.
If that doesn't work, go where they're pointed.
Bob Barnes
​
Thread Starter
TS

Was skiing w/ Jim this morning. Here are some shots I took

Nice first post.
I feel like you should say, "Long time listener, first time caller"
Welcome aboard.
See you next year at Jackson Hole
Point your skis where you want to go.
If that doesn't work, go where they're pointed.
Bob Barnes
​

Great morning today with some Pugs I poached from Grump's band of rapscallions. We skied some steep stuff off Headwaters and Lone Tree. 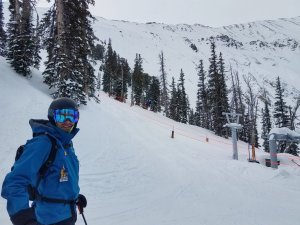 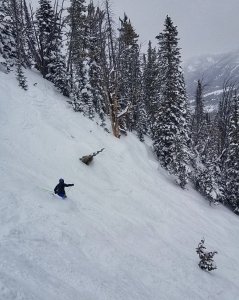 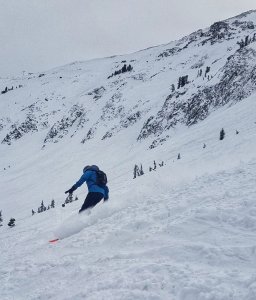 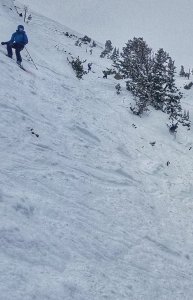 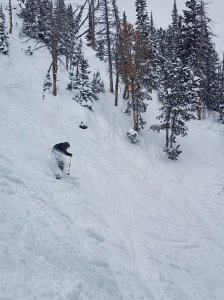 "I have a confusion to make ..."
Thread Starter
TS

I love that you went snowmobiling. Nice pictures.
Point your skis where you want to go.
If that doesn't work, go where they're pointed.
Bob Barnes
​