We are now at the near breaking point of we humans capability dealing with all the current fires. Most in rural areas are sadly just going to burn and burn while firefighters focus on saving urban structures. To understand where fires are active, go to this satellite thermal imaging link that is set up for Vacaville. Some brothers just out of an evacuation live in Vacaville where ash is everywhere for miles:

In the upper left of the window "Find address or place" field, enter Boulder Creek and the map will switch to that Santa Cruz Mountains area that is where smoke in my west San Jose area is mostly from. Likewise enter wherever location to move the map elsewhere.

To understand where wind has been blowing smoke go to this NWS satellite page link:

Shows there is smoke across California and the West. I'd say the most smoke in my lifetime as a native though because none of these many fires are wind driven that is more commonly the situation, it is not yet most disasterous.

This is another arcgis fire app that shows where fires and smoke are and how dense of smoke. Unlike the other arcgis link, this also shows all the small fires of which there are many more. If one mouse selects any fire spot, more info pops up.

Excellent information! It always amazes me how hard something as "simple" as an accurate fire map or a good visualization of where smoke is actually being blown can be to find.

That ArcGIS map currently has significantly better information than Cal Fire's map, and I've never really figured out how to find much of anything on NOAA aside from the basics that everyone knows about. There's so much there if you know where to find it.

I have been using https://inciweb.nwcg.gov/ as it provides pretty detailed information about the fire status and actions being taken as well as considered.

The ArcGIS map is quite impressive.
If I ask questions, it is because I seek clarity, not argument.
T SSSdave said:
This is another arcgis fire app that shows where fires and smoke are and how dense of smoke. Unlike the other arcgis link, this also shows all the small fires of which there are many more. If one mouse selects any fire spot, more info pops up.

Very cool, the one clarification is the smoke layer in the arcgis appears to be a NWS smoke Forecast; and not measurements (for which you can use purpleair or other air quality websites to see maps of actual current smoke).
Last edited: Aug 20, 2020
D

Doug Briggs said:
I have been using https://inciweb.nwcg.gov/ as it provides pretty detailed information about the fire status and actions being taken as well as considered.
Click to expand...

I use that too, although the containment date projections are pretty sobering (10/31 for the Williams Fork fire, I think).

Thanks for the links @SSSdave
@Andy Mink texted me and @Philpug some images when he was near Mt Rose this morning.
Tahoe is out there somewhere. We can't see Reno from our house which is not normal.
View yesterday morning from my loft office. (sorry about the screen. Normal view in the morning. This is a photo from yesterday taken just after the AQI went from around 200 back to about 50. The situation is similar today, with the wind coming from just the right direction to bring in clean air from the ocean. (I'm seeing an AQI of 4 on my balcony sensor, amazingly.) Things change quickly, though. Tuesday, it took about 30 minutes to go from an AQI of 20 to about 180, looking like the photos above.

Looking right now, the fire in the Santa Cruz mountains seems to be large enough that it's forming its own cloud (in addition to the smoke sweeping across the horizon). Not good. I live very close to Vacaville. Our AQI is 194 right now. I've never seen it this bad here.

I can’t imagine what it must be like to live in a wild fire environment
We have bush fires here but nothing on the scale of what what you guys all across the States are living through. Stay safe and best wishes from NZ

@Ron was chatting with us earlier and saying the smoke is getting bad there.

Its pretty crazy here.
I'd say this map is pretty accurate from my view. From Dave's link above.

my wife's nephew and his wife live up the hills near Healdsburg, CA (pretty much West from Sacramento and North from San Francisco). They lost their house. We are getting a lot of smoke from those fires in South Central Idaho.

This is pretty eye opening. It is not just Big Basin, but the fire is over all the adjacent parks / open space. Many administered by different orgs but all joined to preserve these redwood areas. I go down to these forests almost every weekend in the summer.
In one park, there is an educational nature trail with the signs for kids talking explaining how fires are a part of redwood forest ecology and a cycle. While true that the forest should come back; the thing to note is it is on a completely different timescale than for humans. The sign said the last major fire in that park was 300 years ago. So assuming we still preserve the area and even execute some post disaster efforts to stabilize, it'll still be well after our lifetimes before these forests get back to what they were like before the fire.

It also makes me feel so helpless, that my (small) efforts to pack out my apple cores and orange peels and stay on the trail and all the other rules to keep the park nice, are rendered so pointless in comparison to this. its pretty bad here now. The smoke came in on Friday afternoon like a wave. Ironically, we are literally surrounded by fires but the Yampa Valley had been mostly clear until the smoke from California came in. Its bad enough that I won't ride which totally sucks.
Enjoy Every Turn
www.steamboat.com
www.grasssticks.com. use Code REP13 for 10% off

I’ve been thinking about you all out West. I can’t get myself to “like” any of your posts; I wish I could just post a red heart on each of them because they are heartbreaking. The images I’ve been seeing are terrible. My nephew Jared and his girlfriend, who live a block from the beach in Santa Cruz, left yesterday and drove to her parents’ home in Salt Lake City. They weren’t yet under an evacuation order but the smoke was so bad they left. My nephew said he’s been coughing up black shit for the last couple of days.

Here’s a picture taken from their house yesterday before leaving. You can see the ash on the car. Maybe the air has cleared somewhat now, according to @Unpiste but I’m sure my nephew and girlfriend are relieved to be away for a bit.

My sister, Jared’s mom, is relieved. In the early 90’s, a wildfire tore through their neighborhood in Carson City, burning down her neighbor’s houses but sparing hers. She got out as the fire was coming down the street. The ponderosa pines which towered in the yard were burnt black. I visited a few weeks later and it looked like a moonscape. Since then my sister is understandably terrified of fires.
@SSSdave thanks for the links to the arcGIS maps....they are excellent!
Last edited: Aug 23, 2020
Ég er að læra Íslensku. Talar þú Íslensku?

Ron said:
its pretty bad here now. The smoke came in on Friday afternoon like a wave. Ironically, we are literally surrounded by fires but the Yampa Valley had been mostly clear until the smoke from California came in. Its bad enough that I won't ride which totally sucks.
Click to expand...

Phil and I haven't ridden or hiked in a week. Its still pretty bad here.
From the top of our back yard
At least you can see the trees down the street. We couldn't see that far a few days ago.

Compare to the picture from 2011 here's from this AM. They were taken less than a 1/4 mile from each other. Obviously, we dont have snow now . More smoke has come into the valley since this AM. 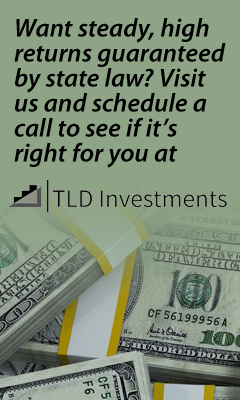