I didn’t think it would be a big deal going from a mountain bike with 27.5-in. wheels to a one with 29s, but I was wrong in one area: when it came to transporting them on our Yakima HoldUp bike rack. According to Yakima’s site, the HoldUp fits 20- to 27.5-in. wheel sizes with tires up to 3.0 in. wide and 29-in. tires up to 2.5 in. wide. Our 2020 Cannondale Habit Neo 2s have 29x2.6 tires, which are wider than the accepted diameter by a mere 1 mm. The only conclusion I can reach is that the tire must be taller by a significant amount because the arm that secures the front wheel was not even close to clearing our 29x2.6 tires. In doing some searches, I could see that others have run into the same issue; they addressed it by having the arm come up just on the front of the wheel, but I just never felt that would secure the bike well enough, especially on rougher roads. 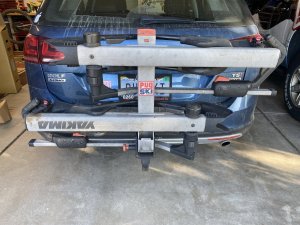 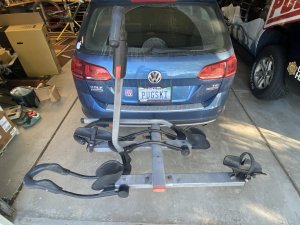 ​
In trying to put the Habit Neo 2 29er on the rack like it is supposed to go, you can get the arm past the front wheel while tilting the bike inward then swinging the arm past the wheel to secure the bike, as designed, by the front fork. That is an almostacceptable method of securing the first bike, but it is nearly impossible to do that with the second bike without it hitting against the first (inner) bike. So, I took a a step back and pondered my options before I had to put the current rack in the classifieds and invest in a new one. 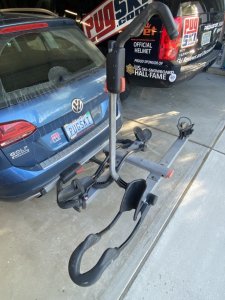 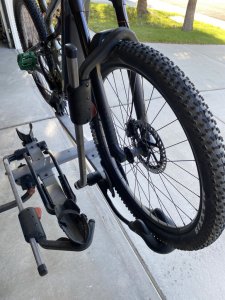 ​
In looking at the HoldUp’s design, I realized it would be a lot easier to put both bikes on the rack if the arms were on the inside. To do this, you first have to remove the bike trays, which is quite simple with the tried-and-true righty tighty, lefty loosey method. Take the trays off and just reinstall them 180° so the arms are on the car side (front) of the rack. This needs to be done to both trays. After doing this, the straps for the rear wheel holders will not be on the inside, which does make them a bit more difficult to access, but that is easily remedied by taking them off and turning them 180° as well. 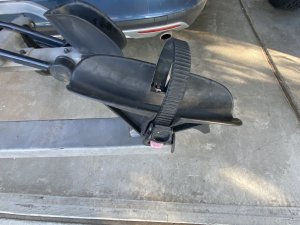 Rebuilding the rack can be done in minutes with just a few metric wrenches. I made this modification on the original gray HoldUp, but it can be done just as easily on the current black HoldUp and HoldUp +2. The only real downfall of this mod is that the arm will be on the inside of the front wheel and the adjustment button is a tad more difficult to access. The visual cue that you did it correctly is that the Yakima logo will be upside down when the rack is up and not in use (along with the, "Dude, you put your rack together wrong" comments).